happy birthday merce cunningham who would have been 100 today. back in 2003, to commemorate the merce cunningham company’s 50th anniversary, ourselves and radiohead were lucky enough to be asked to each come up with 20 minutes of music for merce’s new piece split sides. we met the great man, who was lovely, and told that we had to compose blind. the same stricture would apply to costume, set design and indeed choreographer – for each of which there were to be two options – no one had a brief or knew what anyone else was doing. we went away and, probably because merce’s company danced barefoot, decided to destroy some ballet pointes, turning them into makeshift percussion instruments. we recorded merce’s voice talking about choreography, which we then chopped into the tight syllables of our eventual titles, “ba ba”, “ti ki”, “di do”, and also worked with little wooden music boxes where you could punch your own roll cards (although we choose to use the pre-punched cards and played them backwards, slowly). on opening night, oct 14, 2003 at the brooklyn academy of music, merce’s life-long friend and collaborator robert rauschenberg rolled a die: odds for radiohead, even for sigur rós, and so on for all the other elements. and thus was born a magical performance dictated exclusively by chance. split sides was probably never rendered in the same way twice, and we never really wrote any more music that had quite the same atmosphere or genesis again. it was also the only time any of us got to work with another 20th century titan, richard avedon, who photographed jónsi (only jónsi) with thom yorke and merce. wish we had a print of that now. 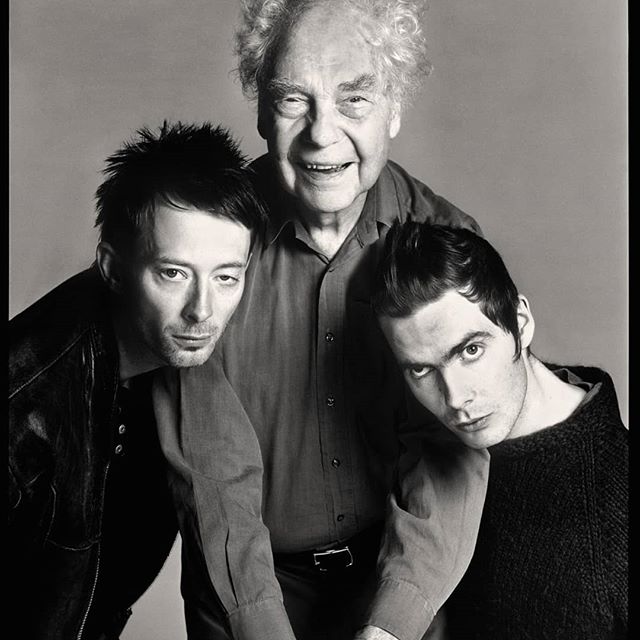 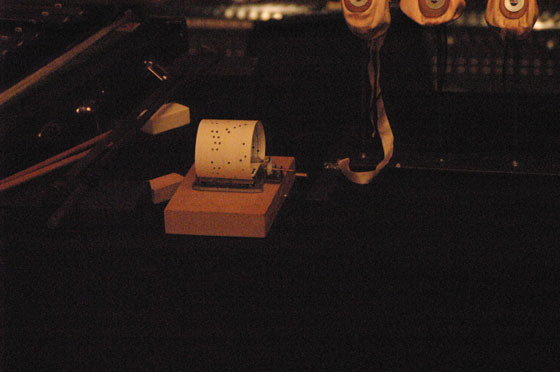 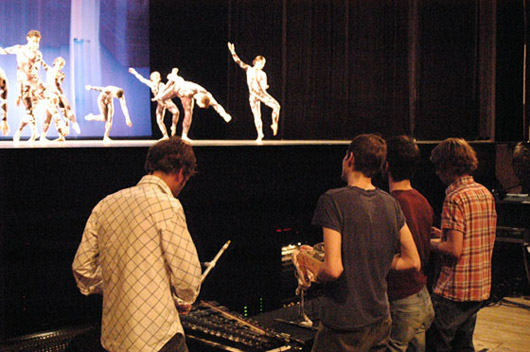 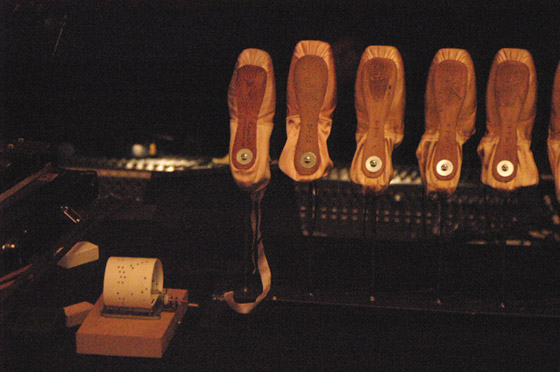